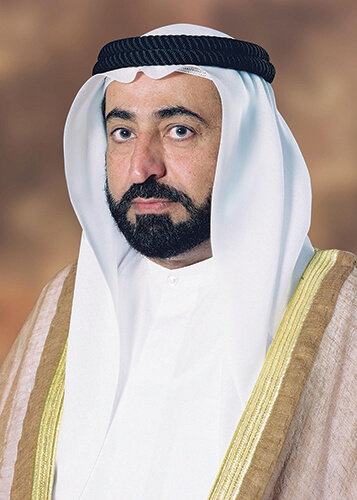 "Museums are made to educate our children and our future generations." As directed by His Highness Sheikh Dr. Sultan bin Mohammed Al Qasimi, Supreme Council Member and Ruler of Sharjah, the Sharjah Museums Authority ــ SMA was established in 2006 as an autonomous government authority. SMA links and oversees 16 museums across Sharjah that cover widely varied fields, including Islamic art and culture, archaeology, heritage, science, marine life, as well as the history of Sharjah and the region.

Our vision is to be a cultural beacon that enhances Sharjah’s identity locally and internationally and contribute in nurturing a community aware of museums’ importance as a cultural, educational and enjoyable destination.

Our mission is to deliver the highest museum standards to preserve collections & enhance an appreciation of culture and learning through our exhibitions, educational and community programs.

International collaborations and Memorandums of Understanding

The Sharjah Museums Authority (SMA) signed a groundbreaking Memorandum of Understanding (MoU) with the Berlin State Museums, the largest complex of museums in Germany, and the Goethe Institute, the renowned cultural institution of the Federal Republic of Germany that has branches worldwide, to foster a collaboration in the field of museum studies, and to promote intercultural dialogue through the exchange of collections, works of arts and culture.

Another MoU was signed with Fondazione Museo delle Antichita, also referred to as the Museum of Antiquities or the Egyptian Museum, in Turin-Italy, to enhance collaborative research, training and exhibitions.

Sharjah Museums Authority is also a strategic partner in the virtual museum and exhibition "Sharing History", an international project that was set up in cooperation with Museum With No Frontiers (MWNF). Aiming at promoting intercultural dialogue through art and heritage, the project has a multilateral spirit with partners from 22 countries across the Arab world, Turkey and Europe working together to introduce an entirely new and inclusive vision of history that highlights the interconnections and cross-pollinations among the Arab World, the Ottoman Empire and Europe from 1815 to 1918 – an important historical period that still influences contemporary international relations.

Also, SMA showcases a curated collection from the exhibits of the Sharjah Museum of Islamic Civilization, Sharjah Maritime Museum and Sharjah Fort on the virtual platform Museum With No Frontiers.

Over the last few years, Sharjah Museums Authority has collaborated with prestigious artists, museums and institutions across the world, including the Victoria and Albert Museum in London, the Salar Jung Museum in Hyderabad, Berlin State Museums, Benaki Museum in Athens, Islamic Arts Museum in Malaysia, the Museum of Islamic Art in Berlin, the Vatican Anima Mundi Museum in Rome, the National Museum of Australia, Bahrain National Museum, The Department of Antiquities in Jordan, Institut français in the United Arab of Emirates/the cultural department of the French Embassy, Barjeel Art Foundation, Sharjah Art Foundation, Dar al Athar al Islamiyyah (DAI) in Kuwait, the Museum of J&L Lobmeyr in Vienna and the artists Ibrahim El-Salahi and Salah Al Mur from Sudan, Zeinab Amer from Egypt and Mona Saudi from Jordan.

In 2019, SMA was awarded the AGYA Prize which is awarded to initiatives and projects with special achievements in promoting the role and value of humanities in research, education and society, and in communicating humanities to a broader public. SMA’s initiative was shortlisted, alongside 10 other rival projects, during an international conference organised by the Arab-German Young Academy of Sciences and Humanities (AGYA), the Free University of Berlin, University of Münster, Heidelberg University and the American University of Sharjah. The prize was finally awarded to SMA during the conference entitled “Place of Humanities in Research, Education and Society: An Arab-German Dialogue” in Berlin, Germany.

Sharjah Museums Authority believes that social responsibility is an integral part of its efforts to engage with the society at large. This is where SMA's Initiative “Because We Care” comes in. Launched in 2010, the initiative targets a wide range of issues, including community outreach, environment protection, and the promotion of mental and social well-being.

As a further demonstration of its social responsibility, SMA also launched the “Museums Express” initiative supported by Bee’ah, the UAE’s leading recycling and waste management company, and the Ministry of Education. “Museums Express” enables school students, especially those living in remote areas, to access museums across Sharjah and enjoy their unique blend of learning and entertainment.

Highly viewed as an experimental innovative educational technique, the initiative aims at developing students’ creative skills through workshops and exhibitions that inspire them and unlock their creative potentials.

SMA is keen to introduce its visitors to the rules and guidelines for using the museums’ facilities, to ensure the safety of the collections and visitors alike.