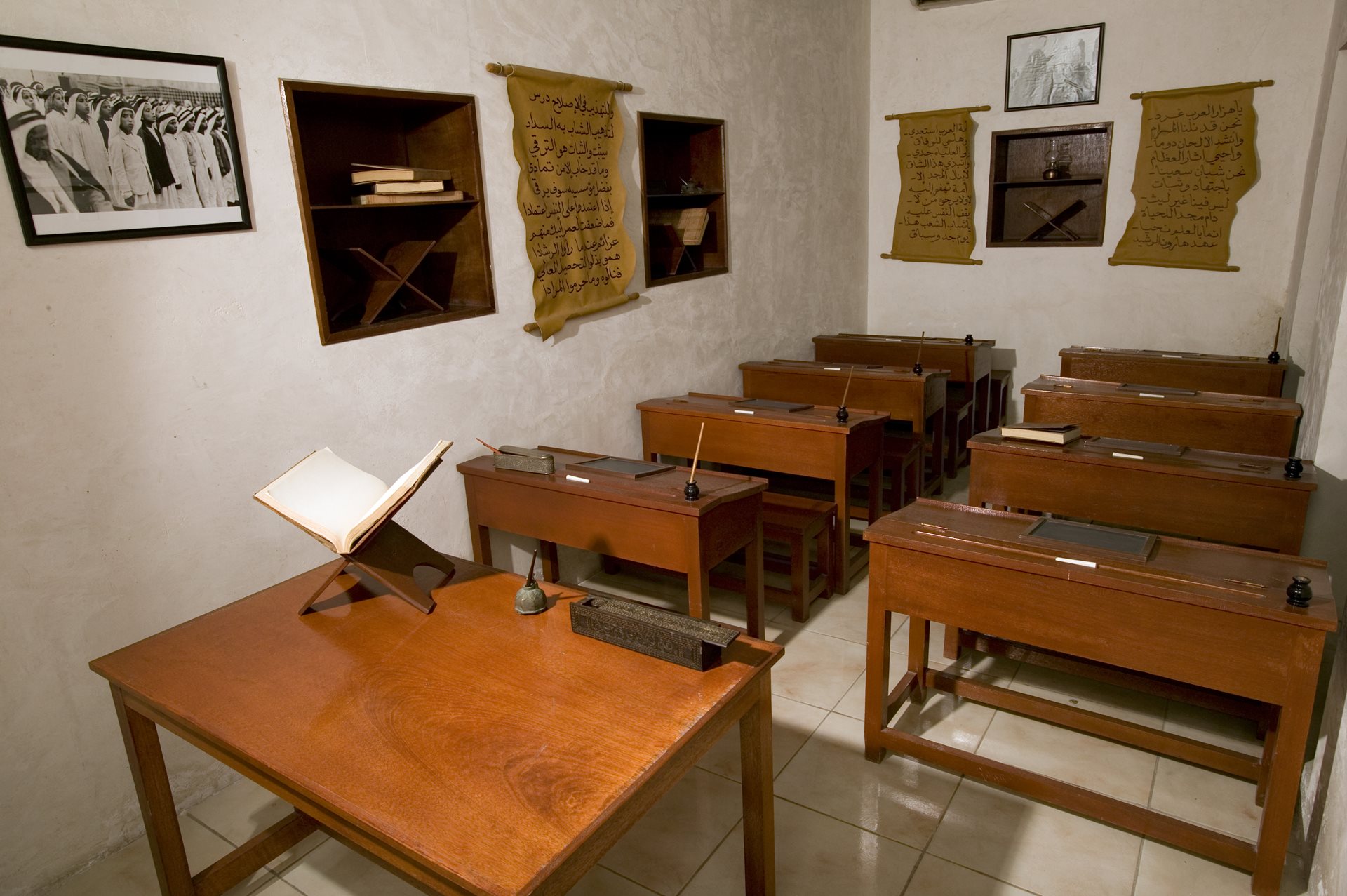 Museum is closed for restoration.

Why visit the Museum

Here, you can learn about the UAE educational system that was adopted in the past. Sit at the students’ wooden desks and embark on a journey to the past as you examine the photos of former students who graduated from this school, which is considered the first formal school in Sharjah. Relive the old experiences of your family members who graduated from similar schools.

Established in 1935, Al Eslah School was the first formal educational institute to be opened in Sharjah, welcoming pupils from all over the Gulf region. Here, you can explore the classrooms, the teachers’ and the supervisor’s rooms, as well as the small classrooms equipped with the wooden desks students used to sit at. In addition, you can admire the magnificence of the Holy Quran stands made from palm fronds; you can see the black board, chalk, the educational drawings and the photos of students who have studied in this school hanging on the walls. Overseas students would spend their nights in the upstairs dormitory. It is a model school that was built in the thirties of the last century.

Location :
The museum is located opposite Bait Al Naboodah Museum, next to Al Arsah Souq in the Heart of Sharjah. Opening Hours :
Museum is closed for restoration.
Follow us