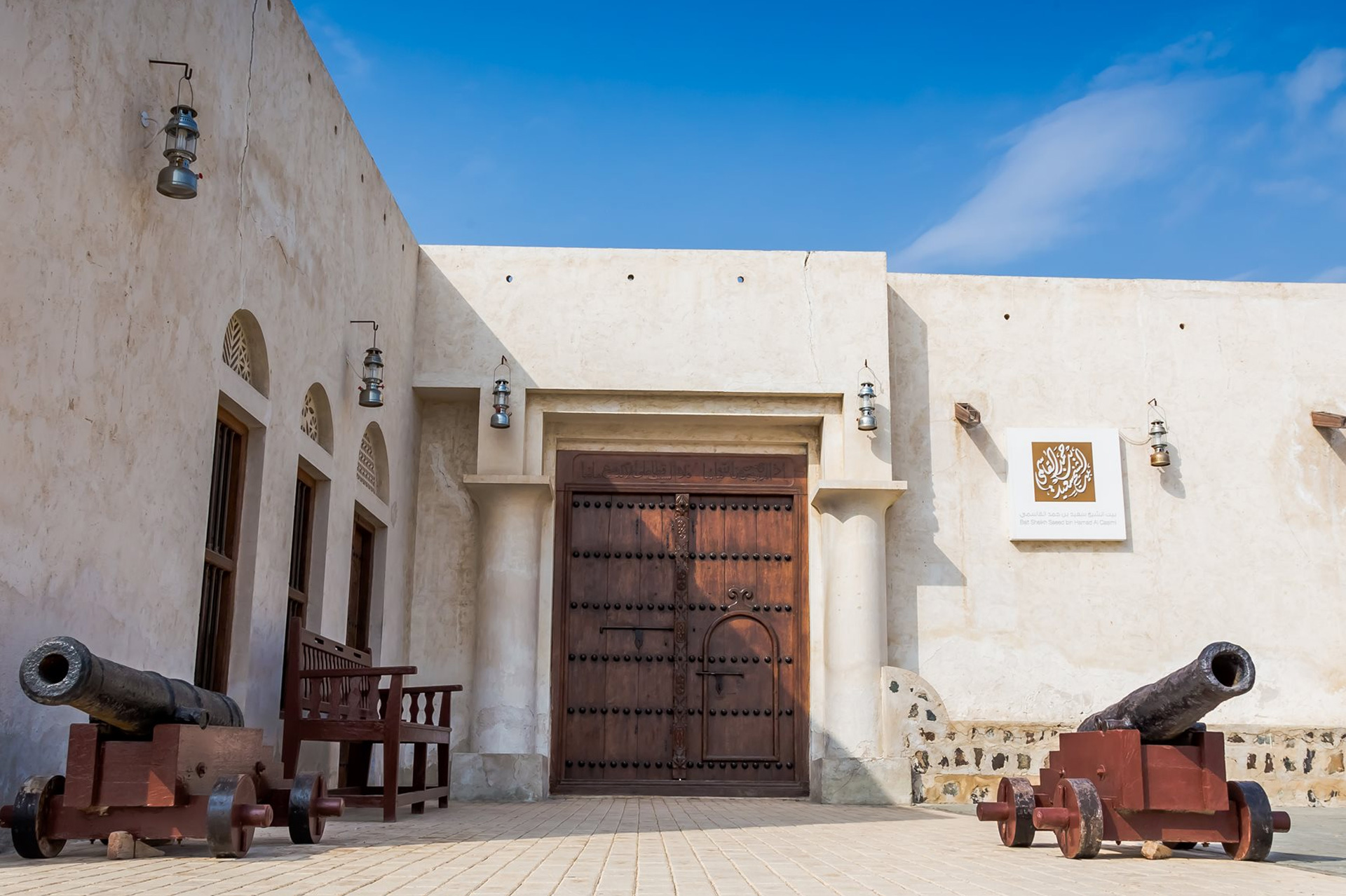 Museum is closed for restoration.

Located in Kalba on the east coast of the Arabian Gulf, Bait Sheikh Saeed Bin Hamad Al Qasimi is one of the most beautiful heritage houses in the UAE.. It was built between 1898 and 1901, and was the residence of Sheikh Saeed and his family. He ruled and signed several agreements while living in this house, which reflects the authentic Emirati architectural style.

The Bait abounds with traditional Emirati heritage and Islamic collectibles

When you visit the East Coast, make sure to add Bait Sheikh Saeed Museum to your list. This house, which has been renovated and reopened to the public, takes you on a thrilling journey through the past to explore the ancestors’ profound culture and civilization. Boasting a prime location along the beach, the tranquil coast with its glowing sandy beaches, the stunning majestic mountains, and the vast green plains and the surrounding lush gardens,  all add to the special charm of the house. Its interior holds no less charm than its location, as it displays collectibles embodying the UAE heritage.

The house was built between 1898 and 1901 by the most skillful and professional local builders at the time. It features a fine traditional style and consists of two sections, eastern and western. The eastern section includes the entrance, Al Majlis, Morabba'a and the defensive "curtain" with "Mazaqhel" (a piece of fabric with parted holes). The outer Majlis overlooks the shore, and is devoted to men and visitors. The western section includes family living units. The two sections are separated by a wall.