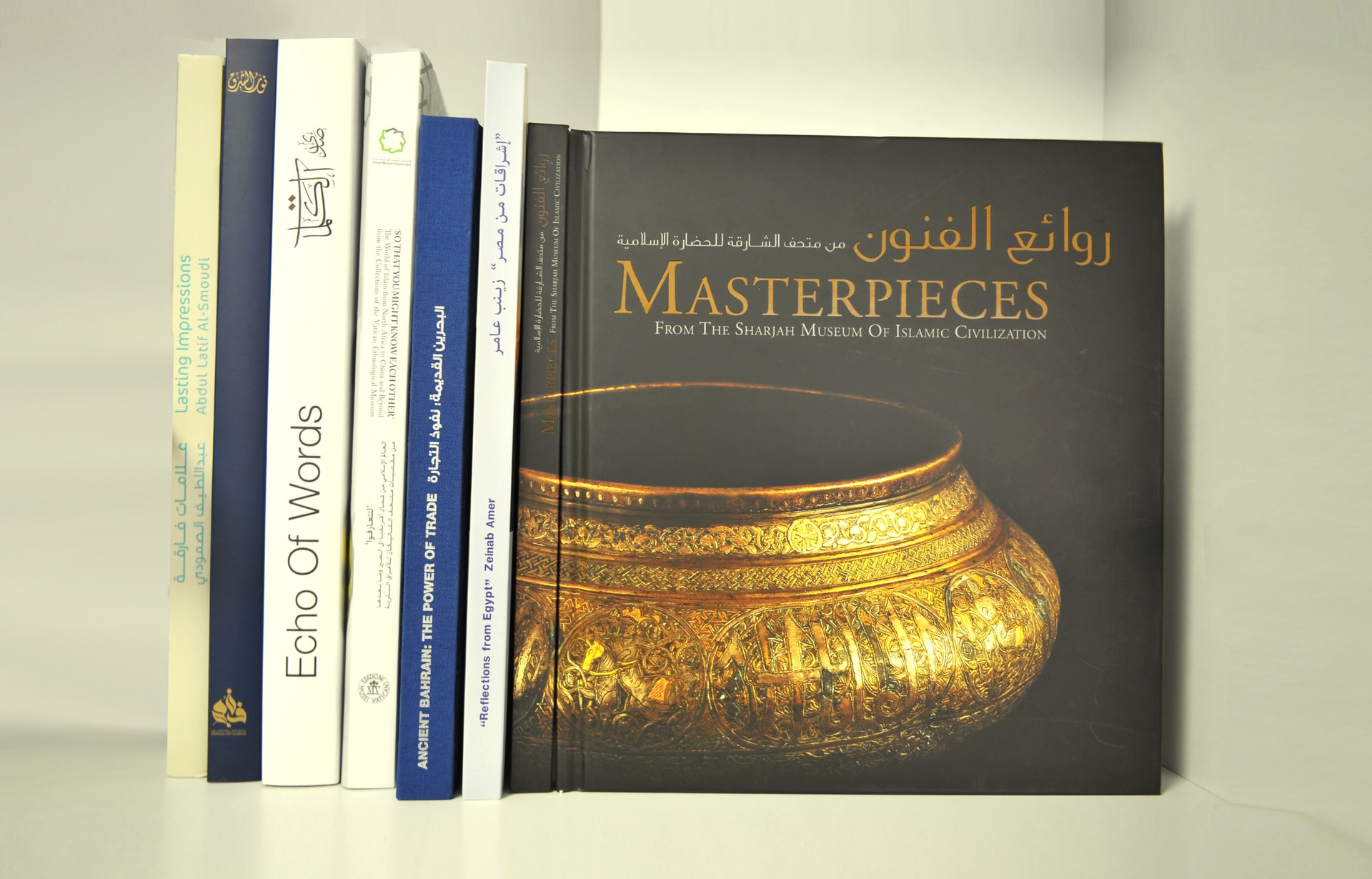 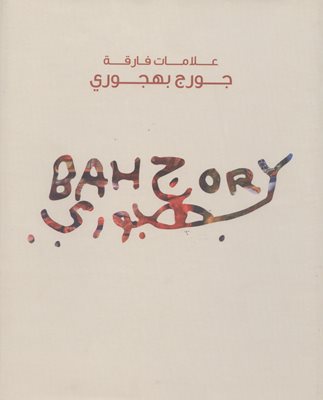 On the occasion of the "Lasting Impressions" sixth edition, Sharjah Museums Authority published an exhibition catalogue titled "George Bahgory", a prominent artist who left a milestone in the region’s art scene.

The artist had a long history of professional achievements that spanned more than half a century. Bahgory is best known for his cynical political critiques, which were the voice of the Egyptian street expressed through the Al-Ahram newspaper. The exhibition included more than 90 artworks, some dating back to the fifties when he was a student at university, while others were his works during later periods.

Bahgory’s art is unique in that it combines elements of classical and contemporary arts with a special touch of comedy. This retrospective exhibition offers a different view for visitors on the story of Bahgory, and sheds light on the human side of this unique artist. 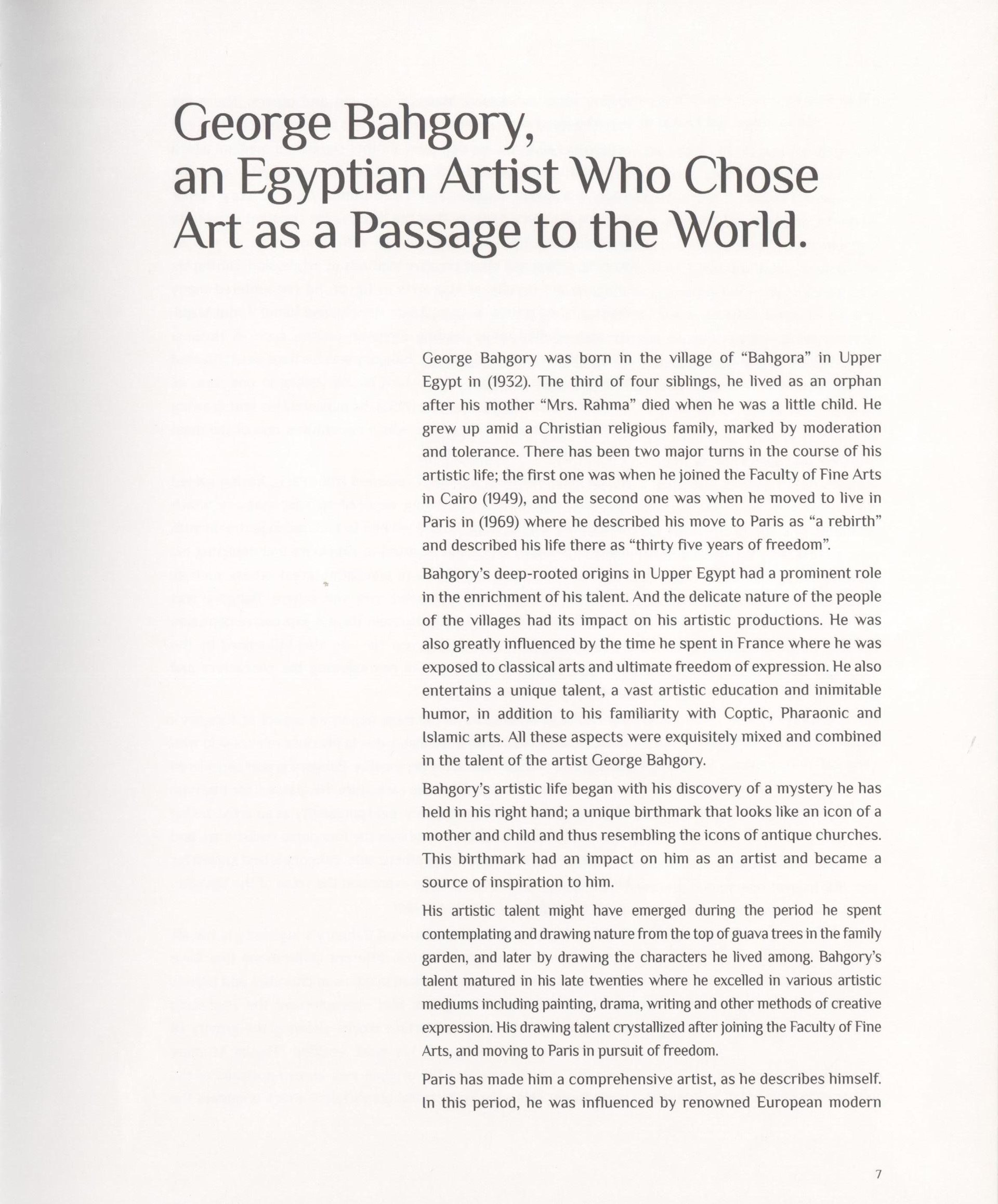 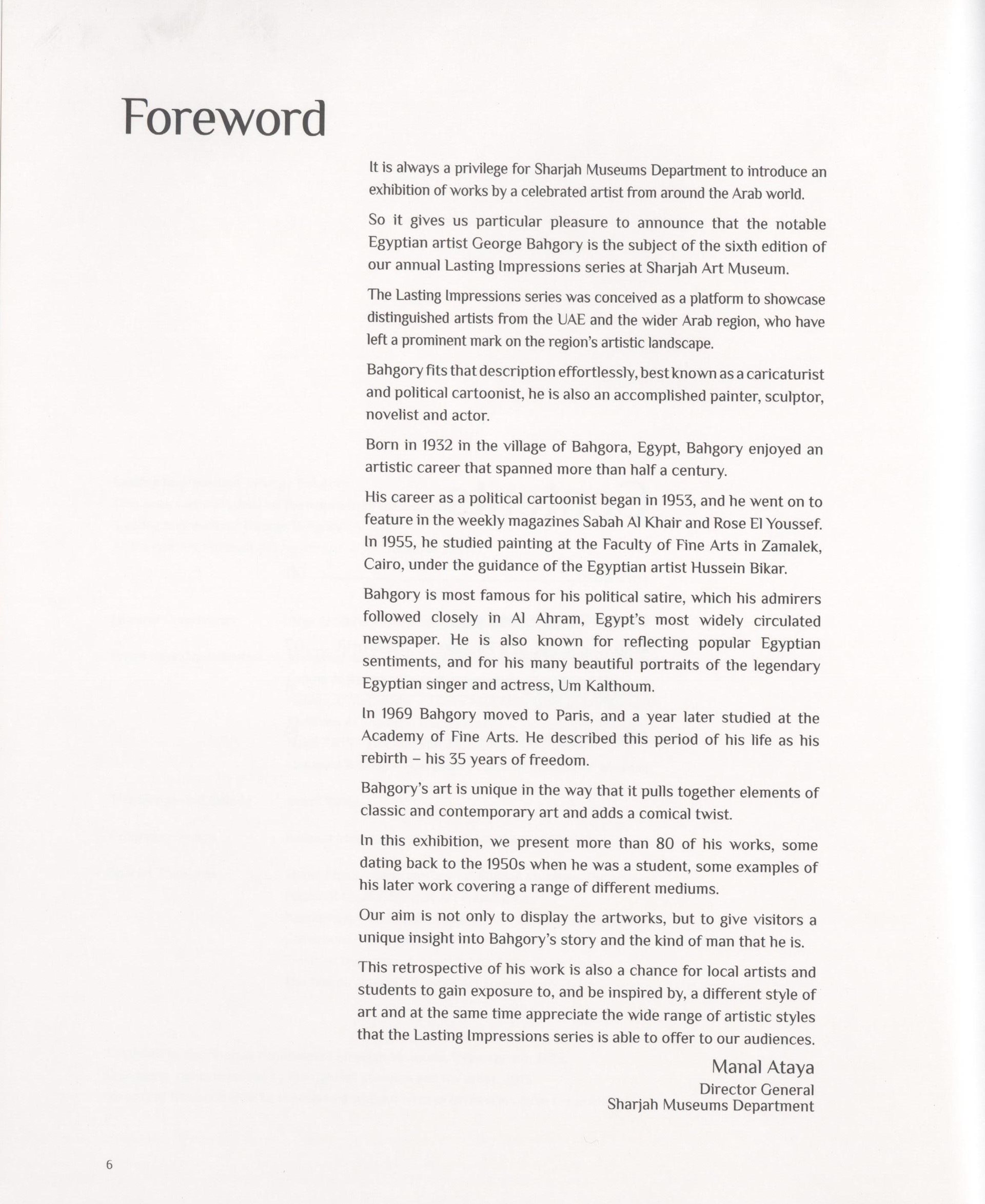 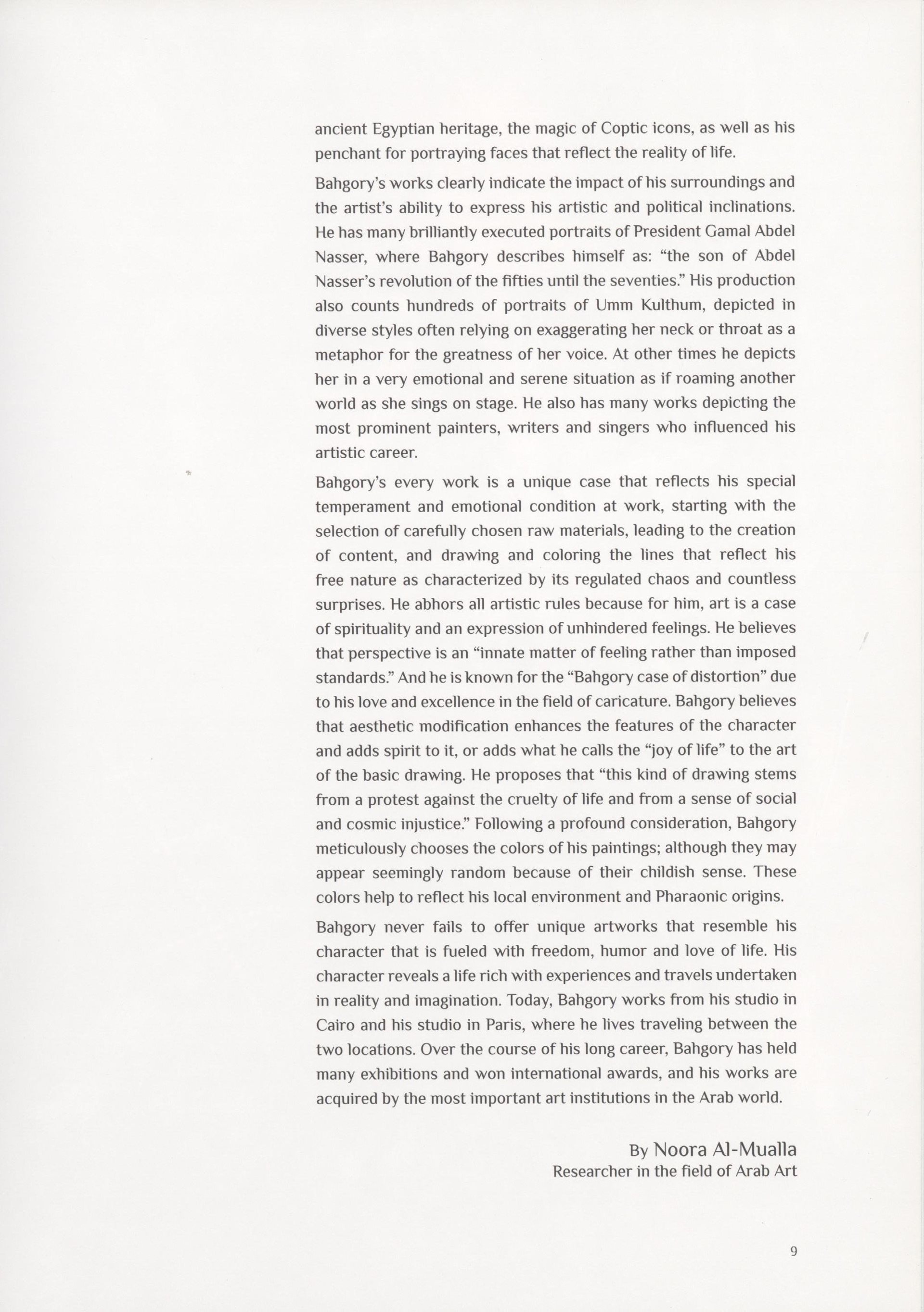 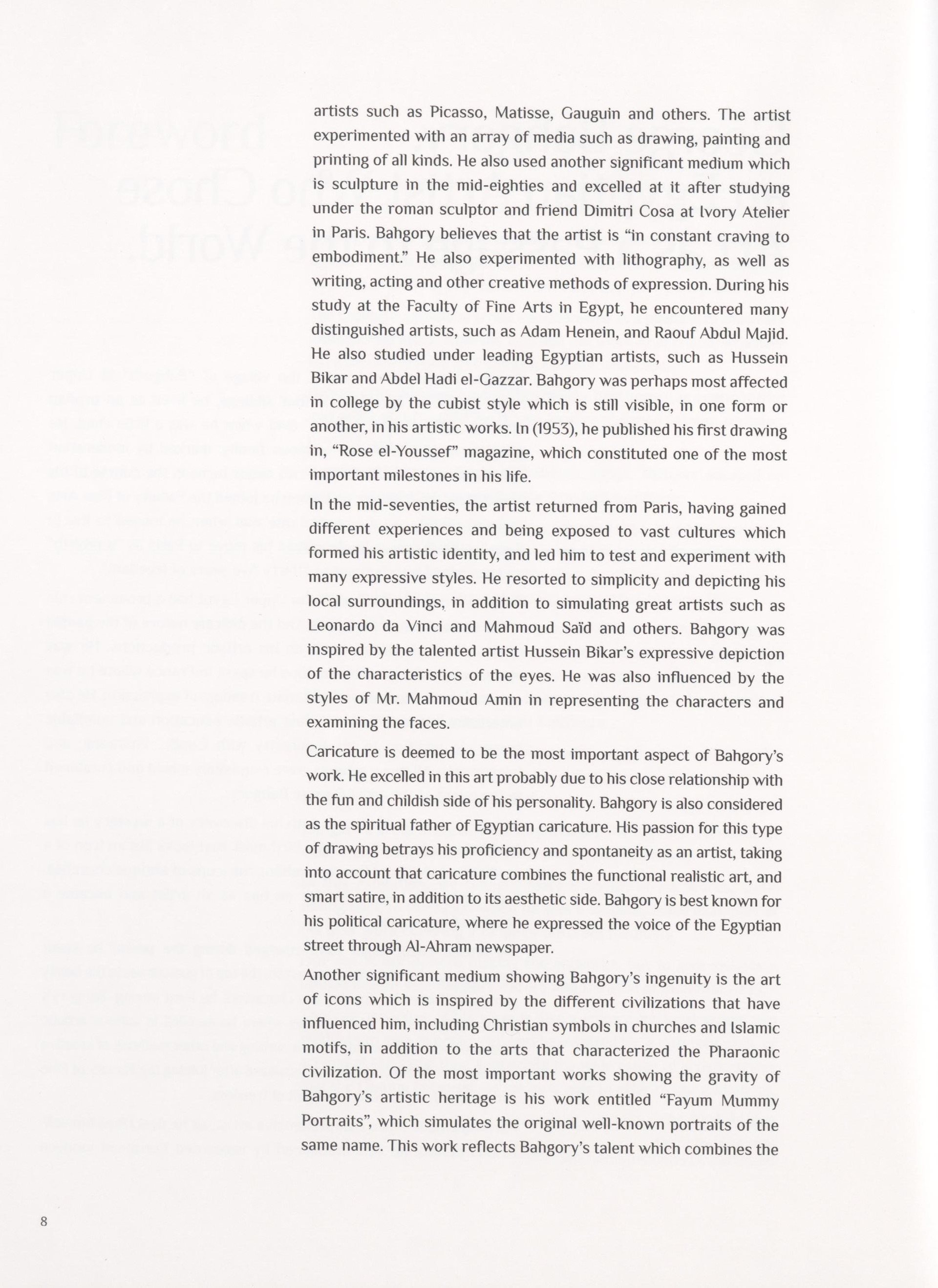 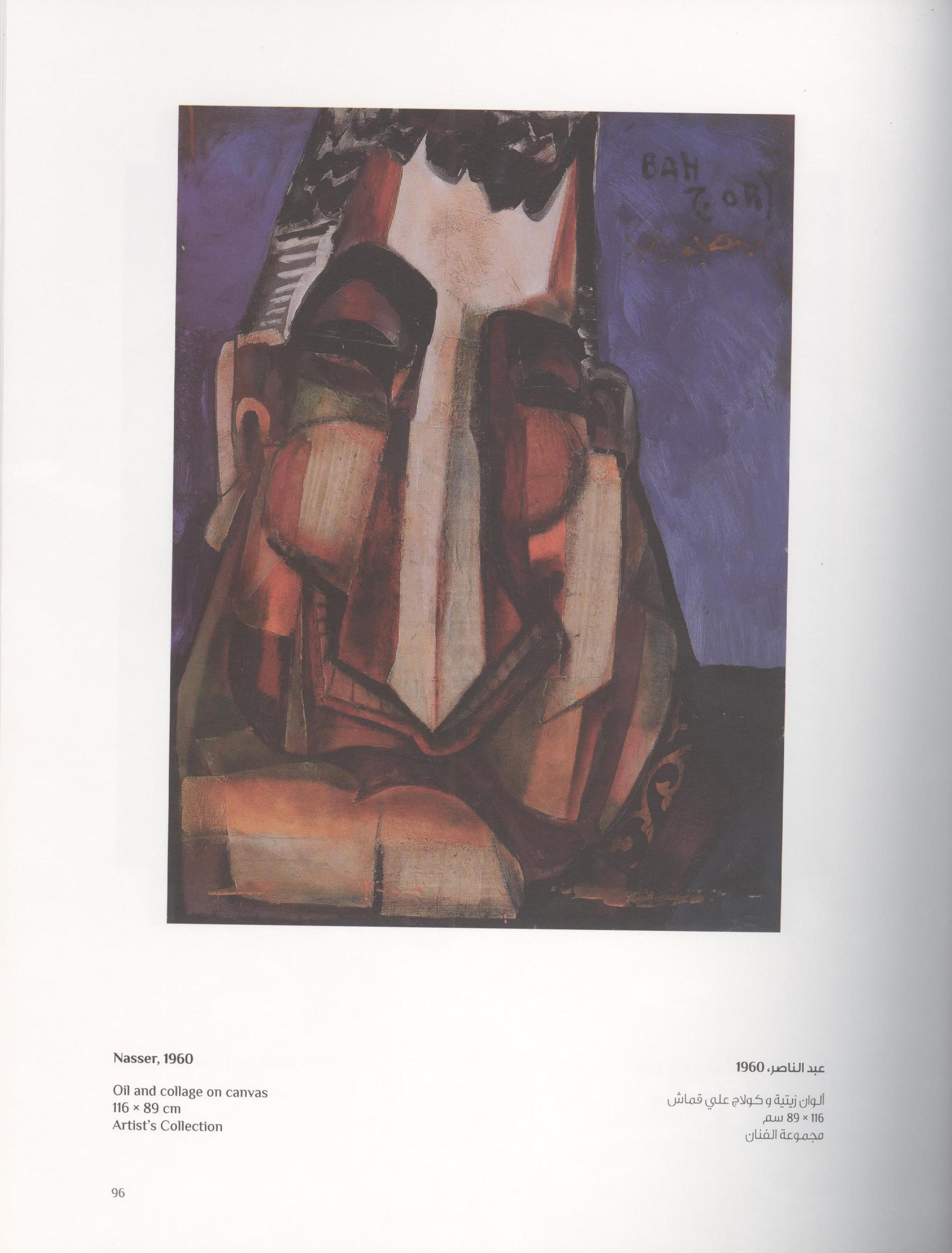