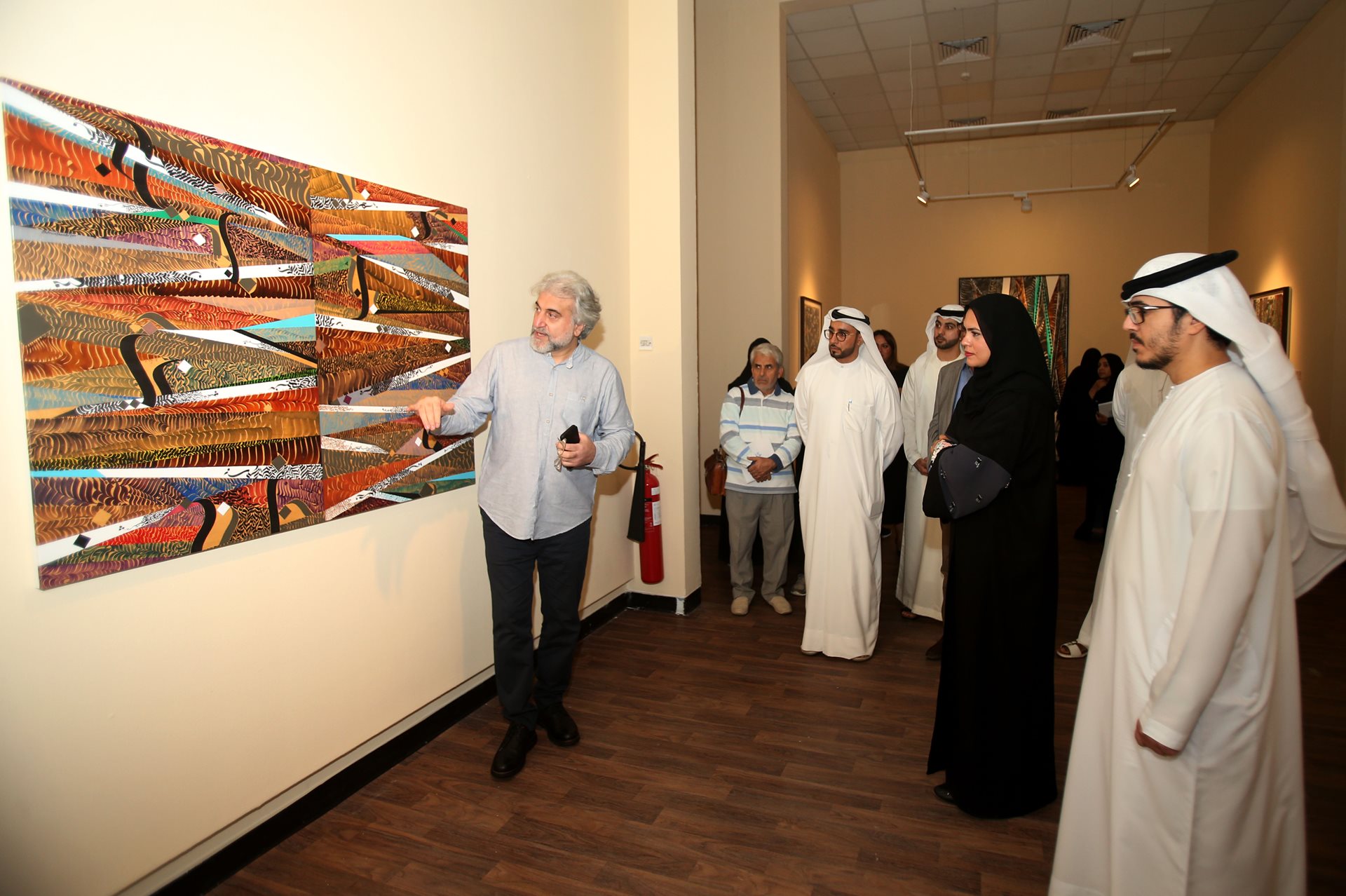 Paintings by prominent French-Iranian artist Bahman Panahi in which the two art forms of music and calligraphy complement each other, will be on display at Sharjah Calligraphy Museum located in the Heart of Sharjah.

Paintings by prominent French-Iranian artist Bahman Panahi in which the two art forms of music and calligraphy complement each other, will be on display at Sharjah Calligraphy Museum located in the Heart of Sharjah.

Organised by Sharjah Museums Authority (SMA), the “Music of Let-ters” exhibition aims to draw in not only fans of calligraphy but also other new visitors who are less familiar with the subject, a goal SMA has always been keen on achieving.

The five-month show will feature more than 30 paintings which Panahi, being trained in calligraphy as well as music, had inspired from different musical pieces.

Panahi, a calligrapher, visual artist and musician who creates unique works of calligraphy in an individual style developed by a blend of Middle Eastern and Western influences, translates music notes on can-vases as Arabic letters using acrylic paints.

“This is an impressive exhibition which showcases unique works of art that i personally admire. The lyrical poetic nature of his combination of letters and brush strokes that appear to dance across the canvas surface, make his work imaginative and striking,” said Manal Ataya, Director General of SMA.

She added that SMA is always keen on organising impactful exhibitions as part of its strategy to establish generations that are aware of the importance of museums and are participating in cultural activities. In addition to its role in highlighting the contemporary art of Arabic cal-ligraphy, and providing an opportunity for leading artists and emerg-ing ones to share their work with the public.

Expressing his happiness with the exhibition, Panahi who was drawn to the arts of calligraphy and music from an early age, said: “We light life with artistic creations and plant feelings of joy in the hearts and minds of people through art”.

Panahi who graduated from Tehran University’s Faculty of Fine Arts then continued his studies at Ecole des Beaux-arts, in Valenciennes and Sorbonne in France toward a Ph.D. in visual arts, added that art translates people’s feelings of happiness through sounds, colours, lines, dots, calligraphy and music.

Intricate calligraphies by Panahi on display include works like Huwa Al-lah, Infinite Love, My eyes wait for you, and Carpet of letter, among others.

Educational programs accompanying the event include Inspiring carpets for all family members, Musical lines for individuals over 18 years old; and The Sound of Letters for the mentally disabled, in addition to Calligraphic Beach and Music Crafts for school children.

All programmes are offered free of charge in both Arabic and English. Prior booking is essential by contacting the museum directly on 065694561.

The exhibition will be open throughout the week Saturday to Thursday from 8:00am to 8:00pm and from 4:00pm to 8:00pm on Fridays.